County resident Robert Delacroce said he owns the ranch across Baptist Road from this development.

He also asked the town to protect his water and access rights to his irrigation ditch 4. He was assured his access and easement would be protected as part of the dedicated open space. Phillips said the town was allowing a density that could not be supported by the available water on the parcel, yet was imposing more and more restrictions on water usage throughout the town. County resident Chris Jeub, who lives on Rickenbacker Avenue, expressed his concerns about additional traffic and water availability for only houses, while the developer is still asking for a maximum of homes.

Would the town build a tunnel or a bridge for her? Ward left Town Hall before the vote on the sketch plan was taken after much further discussion. Glenn later said the tunnel for her horses would be a box culvert under the new bridge across Monument Creek. He added that the proposed density up to five units per acre was too high. After further lengthy discussion, there was consensus among the board members that a maximum of four dwelling units per acre in the northern filing was appropriate. This lowered the maximum number of homes in the development from to Howard agreed to this 10th condition of approval.

The sketch plan was approved, at about 10 p. Drumm and Miller voted no. Below: Mayor Byron Glenn left presenting outgoing Trustee Dave Mertz with a plaque, a model of a Corvette, and a watering can in honor of his service as a Trustee and Chairman of the Planning Commission over the past eight years. Photos by Jim Kendrick. Below: Town Manager Cathy Green and Town Clerk Scott Meszaros showed the current town flag designed in and a new flag that is similar to the new town logo. The board determined that the old and new flags should be displayed prominently in the new town hall building.

Due to the number of candidates exactly equaling the number of vacant seats, the Monument Board of Trustees unanimously approved a resolution canceling the regularly scheduled election. Trustee Tim Miller noted that the stripe showing where to stop for a red light on westbound Baptist Road at the Struthers Road intersection has worn away, creating a safety issue when people drive through this intersection.

People are stopping by the signal next to the on-ramp for the north lane of I, blocking those turning west from the northbound off-ramp. Glenn said he talked with Valero Corporation to let them know that the Diamond Shamrock fuel station on the northwest corner of the Baptist Road interchange will be receiving new water and sanitary sewer connections.

Frost is delaying the preparation of the sub-grade for grading and paving of the eastbound lanes of Baptist Road east of the Struthers Road intersection. Baptist Road widening of Baptist Road on the west side of the interchange is still 3 on the Pikes Peak Area Council of Governments improvement list, as is improving I from the south Academy gate through Monument.

Boyle Engineering gave a presentation to the Pikes Peak Regional Water Authority on the costs of transporting water from the Arkansas river to regional water districts that are members see article on page 3. McCarty said the only way the Rickenbacker option would work would be to create a straight road from Arnold Avenue, west of the Tri-Lakes Wastewater Treatment Facility to connect directly to Rickenbacker. This would require taking right-of-way from nine different lots, plus their houses.

The town will negotiate with Ward for purchase of the needed right-of-way with appraisals from both sides. If a purchase cannot be negotiated, a judge will decide what the fair market value is and how much land the town would be required to purchase to avoid devaluing the remainder of her property.

Glenn recognized Turner Smith, the mayor-elect of the town of Ramah, who was attending the meeting as an observer. He is the husband of Town Treasurer Pamela Smith. Glenn presented Mertz with a certificate of appreciate in honor of his service to the town on the board, BRRTA, and the Planning Commission, as well as a model Corvette to build in his free time, and a watering can to help the town with its irrigation issues.

Mertz spoke at length of the goals that the town had achieved, particularly stabilization of the previous rapid turnover in town staff, creation of more open space, unification of east and west Monument as well as those that still needed further work, such as code enforcement and upgrade of the I view corridor.

Green and Town Clerk Scott Meszaros showed the current town flag designed in and a new flag that is similar to the new town logo. Empirical is moving from a smaller facility in Colorado Springs. For more information on that hearing, see www. Kassawara noted that Empirical is a very clean, medical testing operation that would be a significantly beneficial high tech employer. Barnes said that the facility will be a testing lab for artificial joints that surgically replace damaged human hip or knee joints for example. Barnes said that Empirical asked the town for an address on Mitchell Avenue specifically because the company tests parts for competitors of Synthes Corporation.

He noted that Synthes has its own lab to test the artificial joints that it manufactures. In addition, much of the frontage of the property along Synthes Avenue is blocked by water and wastewater easements. Barnes said that initially the company will have about 20 employees during normal working day hours, five days per week. 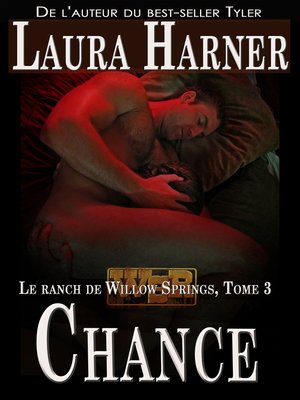 One person will work during the day on the weekends to monitor the test equipment. The number of employees may grow to 35 people in the long-term. Their arrival and departure times are different than the large numbers of employees for each shift at Synthes Corporation. As with the Planning Commission, Barnes and Kassawara gave answers that satisfied nearly all of the questions the trustees had about the buildings, landscaping, and drainage.

There were no public comments for or against the construction of the testing facility, even though it had been controversial at the Planning Commission hearing. Kassawara and Barnes said there would be very little impact on Mitchell since most employees would not make many trips and delivery trucks would visit the plant only a few days a week. However, Glenn expressed concerns about how the spacing for the Mitchell Avenue driveway for the building would affect Arnold Avenue traffic if Mitchell is extended to Baptist Road in the future.

Glenn said he wanted to ask Empirical for five feet of right-of-way so that the town would have 80 feet rather than the current 70 feet. There was also a lengthy discussion about whether 80 feet of right-of-way would be required for creation of turn lanes and bike lanes. Glenn stated that he thought Mitchell would be a major collector. Kassawara said that Mitchell Avenue would be a minor collector and that only 60 of the available 70 feet would be needed and that the town has no standards for driveway spacing on a collector. The extra 10 feet of existing right-of-way are handy to have for adjusting the alignment for the improved roadway, if required, including a continuous northbound right turn lane from Arnold Avenue to Synthes Avenue.

However, 80 feet of right-of-way is not required for the existing part of Mitchell Avenue. The town should not lose the opportunity to require a right-of-way donation from Empirical if there is a chance that the town might have to purchase it later. Glenn was adamant about having LSC perform a study on the relative proximity of Arnold Avenue and the driveways for Empirical, the adjacent volleyball center, and Synthes Corporation. The location of the driveway was worked out. Barnes asked whether Synthes Avenue intersection would still have three-way stop signs or a traffic signal.

Kassawara said that when the project was submitted, there were no town plans for making Mitchell Avenue a collector road. McGranahan said that turn lanes would not be required for the Empirical driveway due to its small traffic count whether Mitchell Avenue was a collector or an arterial.

Green said that town regulations do not address this issue. Barnes said he did not understand what the town was asking him to do and what changes might be required of Empirical. After lengthy further discussion, an additional study of traffic loading, driveway spacing and potential conflicts in on Mitchell as a major collector road by LSC was made a condition of approval for the site plan.

The board unanimously approved the site plan with this additional condition. The board approved a service plan for the metropolitan district to be created for operations and maintenance of the parks, trails, and open spaces of the Willow Springs Ranch development. The initial mill levy will be 35 mills. The vote was , with Drumm and Miller opposed.

The next meeting will be held at p. Meetings are normally held on the first and third Mondays of the month. Information: The sketch plan showed 85 single-family homes on about 67 acres and 48 Town Homes on roughly 9 acres. Another 14 acres of land in the Zonta parcel to the south are already part of the town. The commission also approved an amendment to the town code increasing the cash-in-lieu fees charged to a residential lot at the time the town issues a building permit.

Principal planner Karen Griffith reported that the annexation proposal met all state statute requirements for at least one-sixth contiguity and availability of town services. All owners have signed the annexation application. Sketch PD plan approved: Mabe noted that the land use for the The code has been amended to reflect an appropriate amount and type of land needed for each type of district school and each type of housing. A waiver may be issued by the town under the amendment to waive the school fee for senior citizen apartment complexes.

The next meeting is at p.

On March 13, the Palmer Lake Town Council unanimously approved a resolution to advertise a request for proposals from candidates wishing to fill the vacant town water attorney position. The board also cancelled the April election as the number of council candidates exactly matched the number of contested seats. Trustee Trish Flake was absent.